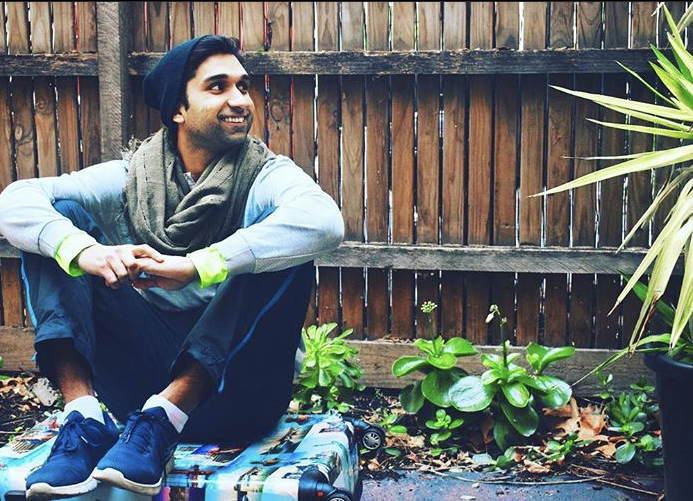 Five years ago, I decided to leave home and move to Melbourne. I packed my bags and said goodbye to friends, family and Pune, the city where I grew up and spent most of my life. I landed in Melbourne with two bags, no friends and head full of insecurities and dreams. It was the first time I was away from home, and I didn’t know how I was going to fit in or what adventures lay in store for me.

There was a lot of talk about Indians being racially abused in Australia. A tiny part of me was always afraid that I would not be welcome in this country. So, I decided to test this theory out by going out there and making new friends and saying, “Hell yeah!!” to every new experience that presented itself to me. I began by talking to my neighbors, strangers on public transport and classmates. You will be surprised the wonders a little ‘Hello’ can do. I sent out 27 emails to football clubs across the city asking them if they wanted to give this young goalkeeper from India a chance. I went to parties where I knew nobody. On my weekends, I would board a random train, without a plan, get off at the last stop, and spend the day exploring a new part of the city. I would take myself out on dates to restaurants and order dishes I never heard of.

This ‘Say yes to everything’ experiment was working wonders for me. I once helped a 45-year-old Australian lady in my Economics class with a math problem and she soon became my first friend, a mentor and I soon found myself getting invited to all her family dinners and camping trips.

Little did I know that in just a few weeks, Melbourne opened itself to me and I felt home. I got accepted into a football club that was filled with boys from Australia, England, Ireland, and Scotland. I was the only Indian there and never felt more at home. Not once was I made to feel out of place. They became family – This weird esoteric bunch of immigrants from all walks of life. We were students, construction workers, accountants, and primary school teachers. The one thing we had in common was that we had no family or friends in Australia. We only had each other and that was enough.

Not once during my 4 years there did I experience any form of racism. In fact, I felt more accepted in Australia than I did back home in India.

Leaving all that and moving to Toronto was one of the hardest decisions in my life. It was easier for me to leave India than it was to say goodbye to Melbourne, maybe because my life in Australia was my own, it wasn’t something that was handed to me by my parents. From the tiny studio apartment that I could afford to the friends I chose; it was all mine.

I have lived in Toronto for a year now and Canada embraced me immediately in its own unique way. I was no longer the shy insecure kid I was when I stepped foot in Melbourne all those years ago. I was not afraid of change. Don’t get me wrong, moving to a new country comes with its own set of challenges and I had to overcome them before I could become a Canadian.

I had to quickly adapt to the cold weather, new food, and new people. But I knew what I had to do. I began, as I did in Melbourne, by exploring the city – the libraries, different suburbs, long bike rides on unknown trails and saying yes to new friends. I soon found myself on a local football team and no longer felt like an immigrant.

I found that people in Canada are very polite and enjoy being social. As a Canadian, you must learn to live in sub-zero temperature for 6 months of the year, which means you learn to appreciate people and the time you spend at home. Once summer comes knocking, Canadians are no different to Australians. They love to go on hikes, bike rides, and playing outdoors.

I missed Australia a lot during my first Canadian winter but once I embraced all the winter activities here in Toronto, things got better. You have your Christmas markets; ice-skating and shovelling snow in your driveway every morning – All wonderful experiences! Don’t forget the hot chocolates and warm conversations with friends and family. The first fall on an icy pavement, the first snowfall and the first time you find your fingers and nose frozen. I will never forget these experiences.

All in all, I would say Toronto and Melbourne are nothing alike. As an Immigrant far from home, the city is what you make of it. Say yes to everything and don’t hold yourself back.

The write of this guest blog is a friend I made along the way. I was visiting my best friend in Melbourne and eventually her friends hung out with us and one of them was Vidur Kalive. The first impression I had of him was how easy going and goofy Vidur is. He is not the kind of person to be nice and easy on you when you meet him the first time but will treat you like you’ve always known each other and have internal jokes that will get you into fits of laughter.

Born in Hyderabad, India, he was brought up and for most part of his life lived in Pune. He completed his engineering degree was from VIT, Pune and Masters in Business from Deakin University, Melbourne. He has worked at Oracle India as Associate Consultant, Deakin University as Business Analyst and is currently working at York University as Database Officer and AI Architect.

2 thoughts on “From DOWN UNDER to the GREAT WHITE NORTH”